To the Next Spiritual Level 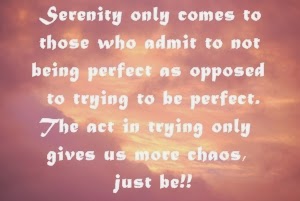 Is thinking all to do with duality, the mind, therefore duality is only of the mind? This is also a bit tricky for anyone thinking in dual format, the brain gives the mind its thinking process which can stay with us from life to life through the soul; this is very much in relation to our karma. It’s the brain that gives us thought not the mind itself, we can be easily tricked to think it’s the mind that gives us thinking processes not the brain when only through the brain can we, at the soul level, obtain a thought process. So what is the mind?

While thinking in dual format (duality), we perceive the mind as being a thought process when basically all it is, is a hard drive, a place where we store all our experiences, it’s not actually a processing unit like in a computer, it really doesn’t run the show, our lives.

So what runs the show, what is the processor, what determines or sorts out what is going to occur in anyone’s life?

So this means at the soul level we don’t run the show, our own lives, we have no free will?

In a sense yes but in another sense no, if we were to only think in duality, I am a separate entity, yes we don’t have free will but, if we were to think in non-duality, I am one entity with all of what is, no we do have free will; we have free will through the culmination of non-duality and duality. This automated process that is created through the culmination of non-duality and duality, is what this oneness has basically chosen to do, it’s become automated by its own free will, mainly in my mind to experience all of what itself, this oneness is.  To say free will doesn’t exist for us is to think in duality not non-duality.

This level of understanding is not easy to understand and comprehend but I do think it’s the next level in a human sense.

We have created a problem by egotistically believing non-duality is the be and end all, it’s our egos telling us there has to be a place or a state separate to our present state that is of absolute truth. It’s funny how the ego can’t, or more likely, won’t see that absolute truth is sitting right in front of it within a state of duality. The ego says to us, “this can’t be the case; this is a horrid reality of duality, there’s no way absolute truth can exist within this reality”. Why is it a horrid reality and why can’t we see the absolute truths within this reality?

How many times have we been warned to stop judging but we still judge duality as being one thing and non-duality as being something else, as soon as we make judgment from one state to another, we are thinking in dual format, the trick is to stop doing this altogether. In doing this we have created two separate states, non-duality and duality, through thinking in a dual format. The next step is to get away from this kind of thinking process of judgment now we have become aware and more aware of non-duality.  See now how becoming aware more of non-duality, in culmination with duality, has created a different thinking process. In a sense non-duality wouldn’t exist for us if it wasn’t for duality, duality has automatically given us the awareness of non-duality, thus we have duality and non-duality working in culmination.