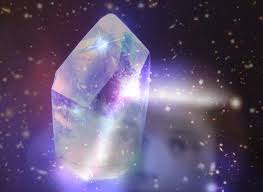 Going beyond human perceptions; isn’t easy in any sense, this is  until you get to such a realisations that human perception is only the tip of the iceberg, we are just not aware of the rest of the iceberg as it’s hidden from our view. The difficulty of only being able to perceive through human perceptions are brought about by how humanly emotionally attached we are to such perceptions, how many of us could perceive a universe created by recycled energy, a universe created, not out of violence interactions, but through passive interactions, in other words no big bang or violent suns.

The reason we are unable to perceive past such limited perceptions has a lot to do with the environment we exits in. We exist in a violent universe that was created through a massive violent explosion, the suns within this universe are also violent, actually, these suns can only exist through violent interaction. In such a universe, we are predominantly influenced by violence, it’s one of the main reasons man is so violent and destructive. Man is reacting no differently to the sun. Man, like the sun, is using up all the energy around it to exist the way man does, the sun is the same and like the sun, man will use up all the energy around it causing it’s demise just as the sun is doing.

Actually, we are better in a sense, this however isn’t due to the way we have so cleverly used and abused all the energy around us like the sun, it’s due being aware of perceptions beyond human emotionally driven perceptions. Thinking this environment is all we are, is brought about by our emotional attachment to it, I actually thinks it’s strange being so emotionally attached to something so violent, however in all, this attachment is part of the natural process of this universe, this reality.

The following is going to sound awfully fanciful, this is due to perceiving beyond, not just human perceptions, but perceptions beyond this universes influences, in other words beyond the universes mentality.

I do feel a lot of the more passive inhabitants of the universe are also aware of perceptions beyond this universe, and even beyond this dimension, this certainly helped them to become more passive and less influenced by our current environment. Humans of course are not as aware, if we were, we wouldn’t allow these certain influences of the universe to influence us so, in other words we wouldn’t be as destructive and self-destructive as we are. We have blindly gone along with the universes mentality, which by the way is a natural process for such a reality, without being aware of the manipulation by our environment.

The crystal sun: Imagine a universe/reality that was created through passive interactions, now imagine    energy sources giving off energy, like our sun, but much more passively. Now imagine these energy sources, like our sun, giving off energy that isn’t harmful or scorching to everything influenced by this kind of energy source. Now imagine this energy source coming from a crystal like form, an energy source that is infinite within it’s energy, very much unlike our own sun.  It works on recycled energy, it’s like recharging our own crystals, every bit of energy around us is recycled energy, this is the same energy that recharges crystals. Now imagine this on a huge scale with one exception in regards to recharging such energy, such a crystal recharges itself with it’s own expended energy by recycling it’s own expended energy.

There is no fluctuation in the energy flow of these huge crystal like suns either, in other words this kind of sun doesn’t create radiation or solar flares, like our sun, but puts out passive energy flows. You could also imagine what healing effects such energy flows have upon living creatures and matter under it’s influence as well.

So how would have such a universe been created?  Not through any kind of big bang that is for sure but a passive interaction of energy, very much like crystals put out.

This kind of universe/reality is going to be influenced by a much more passive mentality than what we are influenced by, this stands to reason and yes, you can enter into such realities by perceiving beyond human, and even the universes, perceptions and mentalities.
Posted by Mathew Naismith at 10:05 2 comments: