The Insecurities of the Sciences-Spirituality 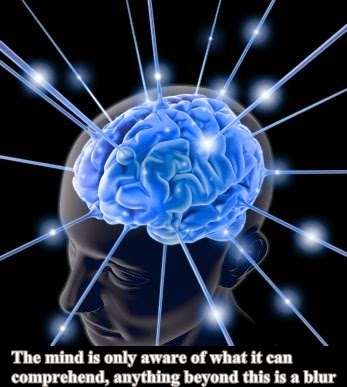 This is funny, having an interest in psychology,  I thought I should have been able to answer a question I asked my wife last night not long after replying back to another science minded person who showed signs of being insecure, the question was, why are science minded people so insecure when conversing with spiritually minded people? It seems to have something to do with our belief in a higher power, a power greater than all the sciences put together, this is highly threatening to them.

Before I go into this any further, we must determine what the signs of such insecurities are. The following is a reply I gave to another person in relation to how we react when we are insecure as a child and how we display the same insecure traits in adulthood.

“This is an interesting way of putting it but yes......insecurities give us biases. We are all quite bias when growing up because we are only aware of our immediate existence, this is like anyone being fixated to one ideological principle and thinking it's the be and end all, any other ideology questioning such an ideology will make these people feel insecure and make them react quite irrationally/illogically/foolishly, how does a child react when it's insecure? The same way!!”

The following was written by a self-proclaimed atheist pointing out the insecurities that some people have about their beliefs, he of course used a conversation he had with a religious person which in itself shows how insecure he was, why wasn’t he objective to start with instead of using an opposing ideological principle to he’s own to prove a point?  It’s funny how easy it is to point out other people’s insecurities but not so easy to see our own insecurities.
http://thrivebydesign.org/?p=519

I have had numerous discussions with atheists and science minded people, they are all too willing to point out the insecurities in other people’s ideological principles but their own. They’re not being incorrect altogether in pointing out these insecurities in others but because they are bias, they can’t see their own insecurities, this is how a bias attitude can give one flawed logics but of course they won’t see this either because of their insecurities.

When first starting out in these discussions, they usually start out rationally, but most often than not, these people will display an irrational behaviour after I have proved a point.  What kind of irrational behaviour am I talking about here? Name calling, narky remarks, dishonesty, being asked to scientifically prove every point I make but on the other hand they have excluded themselves from doing the same and so on.  Once I start to prove my points, especially scientifically, the irrationality gets even worse; my evidence is usually dismissed as nonsense even though such evidence was obtained from Professors in physics and psychologists for example.  I’ve even been told psychology isn’t a science even though science and psychology both derived from philosophy!!

Another indication of such insecurity is I’m a science basher even though I’m also into the sciences as well; this is a totally irrational statement brought on by an obvious insecurity of some kind. When these people are insecure, they will harp on the same thing over and over again like you are science bashing. This allows them psychologically to denounce anything you say as being factual or of any sort of truth by making themselves believe you are only a science basher. Do I get the same reaction from people into other kinds of ideologies such as spirituality? Yes but only if they feel insecure, a lot of truly spiritually aware people don’t react in an insecure way because they don’t feel threatened.  I also by the way have conversed with a number of science minded people who don’t react insecurely  either but see my point as I do of theirs, the discussion ends there.

In the religious Dark ages, the churches in Europe were afraid (insecure) of the sciences and of anyone of any other ideological principle but their own, there reaction of course was to rid themselves physically of such threatening people.

Are the people who are science minded today showing signs of the same insecurities of the religious Dark Age? The reactions I get from other science minded people show me this is the case, they seem to be in fear of a more highly aware consciousness than the sciences they so much believe in. A higher consciousness will, especially if it’s of God like consciousness, make modern day science mundane. This would be catastrophically psychologically disturbing to most science minded people who think science is the be and end all. This is of course no different to telling a highly religious person that it’s been proven a God doesn’t exist, we are talking about pure fear here so we will indeed react irrationally. The Middle East is a good example of this at the moment, any kind of fanaticism is a good indication of an insecurity complex, this includes fanaticism in any ideological principle including the sciences.

It has been said to me, when relating modern day science mentality to the religious Dark Age mentality that science minded people don’t go around killing people not of their ideology.  I know by some of the reactions I’ve had that if certain science minded people could, they would kill everyone who is spiritual.  There fanaticism in the sciences tells me they would kill for their ideology if they could.  Science indeed has become a religion and a religion that is threatened by a possible higher power than theirs!!

So it comes down to being aware of how threatening it is to others that it’s possible that a higher consciousness exists over and above their own ideological principles, being spiritually aware we must realise how threatening we seem to others who judge their ideologies to be the be and end all.  I don’t myself seem to have any ideology that can be threatened in this way, it truly wouldn’t worry me if it was proven that a higher consciousness didn’t exist, it would just prove I was incorrect within my assumptions  that is all. Certain science minded people on the other hand have a lot more to lose because they have put science above all else, we must show empathy and be considerate of their situation, it’s not easy for them especially psychologically.
Posted by Mathew Naismith at 11:11 No comments: