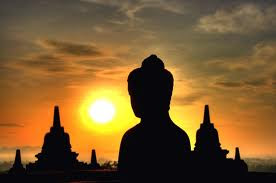 Sorry about this, there is a lot occurring at present, a lot of interaction so the posts just keep coming.

We tend to so often relate faith to religion or to any ideology that seems to have blind faith, nothing more. Yes, faith means to have strong belief in a supernatural power or powers that control human destiny, but also, complete confidence in a person or plan or your own known abilities, also, loyalty or allegiance to a cause or a person. I am myself loyal to my wife, I have faith that my wife holds the same values towards me. In a truly loving relationship, faith is the building block towards respect and loyalty, I certainly have faith in my wife to support me no matter what occurs.

Honestly, humanity itself couldn't function without faith, it's the building block towards a better understanding and respect for each other thus creating a more peaceful society on Earth. You could now ask is it the lack of faith towards each other that is causing so much trouble in  the world or is it blind faith? When I vote for a politician who does and says all the right things, I begin to have faith, but when they get into office, they do the complete opposite. When this occurs, as it often does these days, it was obvious my faith was blind which was created from just having faith. This can indeed cause dissensions and an inability to have faith again in politicians sadly enough. The loss of faith is indeed adding to the world troubles, blind or not, in my mind.

Our own blind faith in our belief systems, philosophies and concepts can also add to the trouble in the world, my belief systems, philosophies or concepts are the be and end all, point blank. How many people have utter blind faith in science/atheism or a religion? We often think science will do the right thing by us but it often doesn't as of religion, however, we really shouldn't allow the failures of blind faith to deter us from having faith as this is only going to add to the worlds troubles. The lack of faith as well a blind faith are both adding to the troubles in the work it would seem, not one or the other but both.

Atheism is based on one concept/belief, the disbelief in God, so if God was scientifically proven to exist, which is doubtful that science is able to do in my mind, atheism would become null and void but religion wouldn't as religion is based on more than one belief/concept, however, the die hard religious people would obviously deny any scientific evidence as would die hard atheists. This of course denotes blind faith in both cases here. Really, does it really matter what we have faith in, as long as this faith has some kind of truth to it in some way for us in the present!!

The question is, should we truly lose faith if our own faith is proven incorrect?

We will lose faith in our faith but this doesn't mean we shouldn't have faith in other faiths, all this means is we are evolving instead of stagnating on a faith that is now known to be of blind faith. It's like having faith in a politician and then finding out that you had blind faith, we often move on to having faith in yet another politician which may or may not turn out to be blind. I think atheism and religion are both secure in there own faiths, if it turns out to be different in the future, we will move on to another faith, or should move on. It's not good holding onto a faith that is categorically known to be of blind faith, all this will do is add to the troubles in the world, both atheism and religion are not categorically proven to be incorrect, one of course states the other is for one reason or another, this is inevitable.

The funny thing is, both religion an science/atheism evolved primarily from mysticism and philosophy, will both religion and science/atheism stay as they are today in the future? Most unlikely, so what is all the fuss about, really!! Science even today is evolving from basic science to physics now quantum physics, vacuum physics and quantum mechanics. I can also see, to some extent, that religion is also changing, some religions are even based on science in some way these days. Basically, I don't think it's wise hanging onto what we will evolve from, could you imagine if we hung onto mysticism and philosophy thus negating everything else that evolves from this. Newtonian's thought that Isaac Newtons concepts where the be an end all, the same with Albert Einstein which a lot of he's concepts are now being questioned today, we are simply meant to evolve from faith to faith, concept to concept and so on.

I was an atheist, then I turned agnostic because I personally found faults within the concepts of atheism and the same with agnosticism latter on but now, I have no labels to express what I am, really, do I have to have a label to describe myself and what I have faith in? Basically, I have faith in faith to evolve to yet have faith once again.......

In my next post I will  explain why atheism (Buddhism) is correct in certain respects, in actuality, in some major respects in regards to certain aspects.
Posted by Mathew Naismith at 08:11

Email ThisBlogThis!Share to TwitterShare to FacebookShare to Pinterest
Labels: Faith