Existing Beyond the Blues 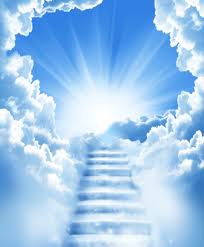 This is quite a difficult post to write, I will be writing about a topic that will be difficult for others to accept. I should point out that my main forte is channelling, this is made difficult as the sources I channel from are not of my linguistic comprehension, it’s also not easy channelling from sources not of my own culture and understanding. This infers there is room for error within my channelling, don’t take what I’m about to say as being gospel in anyway even though my recent channelling is confirmed by various ancient predictions.

Reality creating: This is utterly mind blowing to me, I thought we could resurrect centuries of degradation but I was not entirely correct in this. Centuries of  degradation has manifested a state that is only going to end in one way, this is very much like a person who has been negative (destructive) most of their lives, this kind of mentality will in time create a manifestation in accordance with the mentality being expressed. This seems to also be happening on a collective human scale,  you can’t continually keep expressing this kind of expression without creating a reality in accordance with what is being expressed on such a huge scale. However, it’s certainly not all doom and gloom, in fact quite the opposite but only if we are willing to release ourselves from the present reality.

Using each cycle of influence the way we continually have as a species, has manifested/created a reality based on the way we have, as a collective, used these cycles of influence. If we were wised up to the way these cycles worked, we could have used them to create quite a different reality but we didn’t. Instead we created a reality based on chaos and destruction/degradation, any long term use of cycles like this will result in creating a reality in accordance with the mentality being expressed. You can only create a destructive mentality through ignorance, no matter what cycle we are existing within for only in ignorance can we destroy. You can’t be destructive if you are aware.

This seems to have contradicted what humans have done, the more aware humans  have become, the more destruction humans have caused. This is due to human awareness usually being based on bias/ego which only gives us a certain perception, not an over all perception. In this case it probably would have been better if we stayed ignorant, this is due to knowing just enough to be self destructive but not knowing enough not to be self destructive. In this scenario ignorance would have been better.

True spiritual awareness; to me is about being aware without judgement, it’s about expanding on our perception, at times, beyond human perceptions, however,  humans on a collective scale have not done this. We have had numerous opportunities to become aware beyond human perceptions, what we haven’t done is accepted these perceptions beyond our own limited human perceptions. This basically lead us to abuse these cycles that we chose to exist within instead of physically benefiting from such cycles. We should however be aware that our souls have indeed benefitted from experiencing such a reality in the way we have, it’s certainly not all doom and gloom that is for sure.

What I channelled was a simple channel, we are not going to be able to resurrect or redeem ourselves within this consciousness, in other words this consciousness has run it’s course, it has nowhere else to go. This means the people who are fixated to this present consciousness, will not transform into the next cycle of influence, we must accept and respect that there souls have chosen not to transform.

Like the Mayans, anyone not fixated to this, or any other particular consciousness, will transform into another reality conductive to there vibrations, this means you will most probably, but not definitely, physically transform into another reality. Many of us will, at the soul level, make this transformation, this will take some of us to pass on, die, while others will physically transform. You will of course get many other people who won't transform even after there demise, their journey will take them on a completely different path at the soul level.

There is darkness but there is more light than darkness now, we seem to have indeed evolved.
Posted by Mathew Naismith at 09:41