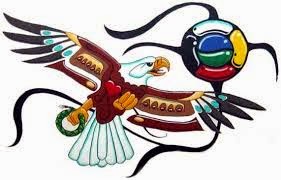 I thought the following discussion I had with a First Nation person was interesting so I thought I would share it. The discussion was in relation to my last post titled, Neutral Thinking and Wisdom.

When non-native people talk about judgement this what the outcome is. When judging, they analyze something, then they deem it as either good or bad and they treat the thing or person according to what they believe how one should be treated based on their judgement. eg.. they will treat people good who they have deemed as good. And they will treat people who they deem as bad in a bad way. Their decision from that judgement will dictate in their mind the worthiness of the situation or the person.

When we judge we look and we observe and then we accept the situation or person as it is. Then we adapt ourselves to our analysis and we keep moving. We do not try to change anyone or anything and we do not deem anything as good or bad. We accept and adapt ourselves thereby achieving harmony and when we depart a situation or a person we leave it as we found it .We call it respect and honor. We recognize imbalance, but it is not our imbalance, so we cannot touch it. This is how I understand what you shared.
Thank you.﻿

Mathew
Interesting +SpiritRider2013, this is what I call judging not judgement, judgement usually refers to something negative but judging is like your First Nation view it would seem.

I don't try to confuse non-native people with this variation of judging and judgment, I usually refer to them as the same to keep it simple. I did however write about this difference in one of my posts some time back.

Most of what I write most western minded people just don't understand or don't want to understand, it's too close to the truth, most people don't like the truth being told especially if it seems to go against their own beliefs.

Most western mentality is built around preconceived judgement I'm afraid, they lost their inner voice long ago.
You're an interesting person SpiritRider.

SpiritRider
Does it seem like one is a physical action and the other a spiritual action?
Thank you.﻿

Mathew
+SpiritRider2013 Interesting question!!!!!!
Didn't look at it like this but yes I suppose so, one judges by the inner voice and the other the outer voice, one is of the spiritual the other is not.

This is funny because you can physically see who's voice is the loudest, which voice is more destructive and demanding? The outer voice, it's probably why we can hear this outer voice the most. The inner voice ins't like this, it goes with the flow because it's not judgmental of everything seemingly not of itself.
Thank you SpiritRider, good thoughts.    ﻿

It would seem as a western thinking people we have lost our way, we are meandering about lost in a void we created through our own ignorance and ego.  We are trying to use eastern philosophy to correct this, but we seem to not be able to get the full gist of what eastern thinking is about to be able to find our inner voice again.

I think SpiritRider did a very good job in showing us where we go astray when taking on eastern thinking, he’s explanation of how different First Nation sees judgment, to what western thinkers do, covered this quite well.
Posted by Mathew Naismith at 16:43