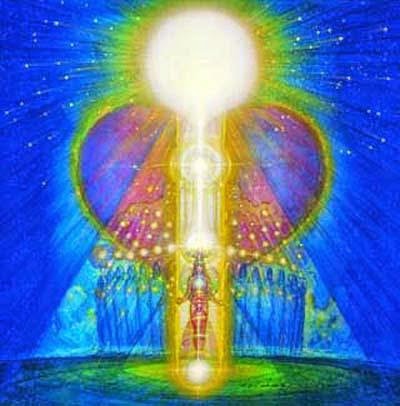 I think by now we realise we have all created this reality what it is today, if not in this life time certainly in past life times, we are all creators of realties personally and collectively so what does this reality tell us about ourselves?   We are certainly fixated on one human trait, the ego and because the ego wants to be all there is we look no further to what it would be like if we used different human traits to build upon a reality like love and acceptance for example. Could you imagine what this reality would be like if we built this reality upon love and understanding? I think a lot of us can these days that is why I feel we are feeling out of sorts with this reality built primarily on the ego.

Extract: You are a part of the great Consciousness. You are a god-fragment who has deliberately forgotten your wholeness so that your adventures can be real. The day you live this truth and take conscious control of your thoughts is the day you declare your freedom and begin your mastery of life.

This is going to be pretty hard for a lot of people to perceive but there are realties that have life forms but no suns, we perceive life forms need the energy of the sun to create life but what are suns other than hot burning gases? The suns in our reality is a high intensity energy forms, it’s the aggressive reaction of the thermonuclear reaction of the sun that creates life in this reality. It’s aggressive so what is this aggressive behaviour going to create? It is of course going to create aggressive behaviour in whatever it creates.  Going by science, the human race and everything else was created by this aggressive behaviour, the big bang, so that means we are going to be naturally aggressive. Well actually no, we know that the ego is a primary producer of aggression in ourselves, what if we used love and acceptance, instead of the ego, as our primary creator of this reality!!

We are actually not of this reality but creators of this reality, yes this species is but where not.  I feel we come from other realties that weren’t created by such aggressive action reaction.  How could life exist without suns? The sun is a thermonuclear energy form however it’s still just energy which is hard for science minded people to just see, energy is energy no matter how an energy form was formed.  The sun that gives human life form only shows how intense this energy is, forget how it was formed and reacts, just look at how intense this energy is. Now take this energy and spread it right over a reality instead of being in a singular intense form like our sun, what do we have?

We have a once aggressive intense energy form spread right over the whole of a reality, we no longer have singular intense aggressive forms creating life but an energy form that is a lot more passive  creating a passive reality of life forms. Everything becomes light.

Now let’s reverse this effect, collect this passive energy into an intense form, what’s going to occur? The big bang and the creation of universes and their suns. Yes this energy has been spread out over a reality but in a more intense form.

It’s all energy but it’s how we use that energy that counts. This is the same in our own reality on Earth, the ego is highly intense form of energy and it would seem any energy formed in an intense way is going to be aggressive spreading out all over this reality. Now what if we used this same energy in a more accepting loving way and spread this all over this reality, what would be the difference? The difference would be like being in realities without suns; it would be highly passive and far less dominated by the controlling ego.

Anyone interested in stargates might find the following interesting. How could anything use the sun as a stargate, they would burn up?  All what energy is is vibrations; once you change your own vibration to the same intensity of a sun it is impossible to become fried chicken, or in our case fried humans. Once you become light itself nothing can harm you physically, mentally and spiritually.

Please don’t take anything that is written here as gospel, I’m just trying to perceive past the shadows of this reality.
Posted by Mathew Naismith at 11:38