This Is What I Am Seeing 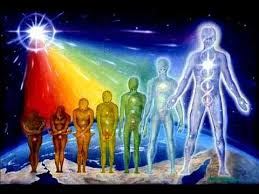 Yes, how many different and numerous desires are out there at present, from materialism to spirituality? So which ones should control and replace all other desires? Of course the answer is my desire should....!!

What we desire the reality to be at present and in the future, is often in contradiction to the natural cycles at play. Basically, our desires represent the small picture and natural cycles depict the big picture. It is natural for a consciousness that lives in ignorance, especially in deliberate ignorance, to be destructive and chaotic in the absence of love. This simply depicts the abuse of energy.

In saying this, it is also natural for a consciousness that is aware to be constructive and harmonious in the presence of love. Within this, one works in harmony with all energy, be it perceived as negative or positive. Certainly not in deliberate ignorance of one undesired energy in favour of a desired energy.

Even though there are a lot of people still primarily focusing on their own desires, probably more so than ever in human history, there are a lot of people who are aware how to work in harmony with all energies in the absence of bias (desire). I predict the next evolutionary human conscious cycle will be of working in harmony with all energy. Often at the end of each cycle, parts of the next cycle are present at the end of the previous cycle.

We often look at as being evil, when they are not the one's trying to dominate the rest of the world based purely on self-serving lustful desires. So it is less evil allowing the people of to be purposely starved to death, or, allowing the harsh persecution of Palestinians under a Zionist controlled regime. I find it far more evil when people deliberately ignore the negatives in the world to become and stay positive, especially to simply fulfil their desires.

We will in the end enter into the next cycle, be it at a much later date in time it would seem.

Posted by Mathew Naismith at 09:50