Lost Within its Own Creation 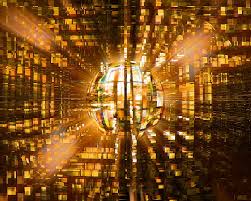 "For a consciousness existing in deliberate ignorance, as people like you and I know, we are not doing all that bad, probably because wisdom still prevails within such a consciousness. Of course witch hunts often dispel wisdom and awareness within an ignorant consciousness. It is what it is Susan.

I was recently speaking face on with other people about human consciousness recently, in how human consciousness has not evolved over thousands of years. Instead of throwing rocks and sticks at each other, we are now throwing bombs and missiles at each other, not much of a conscious advancement. In truth, the way we use science, energy period, has taken us further back in evolution. The New Dark Ages isn't of religious content or influence, it is of science and materialism. As of any ideology or ism within a consciousness that desires to stay ignorant, ideologies and isms will naturally be abused.

It is funny you brought this topic up as I was going to write about this topic."

I often come across people on the net that manipulate and deceive to defame or stupefy their opponent in a discussion. This is often deceptively accomplished by segregating an opposing argument to sound completely different to what the opposing argument is being presented as. As it is for a consciousness that uses bombs and missiles, people who manipulate to purposely deceive are known to be highly intelligent!! To someone like me, this is highly bewildering as I could not think of anything more unintelligent.

I am completely perplexed to what we call intelligent these days, where wisdom has no place. Would have a wise consciousness created Fukushima or created an energy they are unable to properly control and clean up when things go wrong in the first place?

Sadly, to a lot of people today, what I have written here is simply negative, just not sure when the truth became something negative and manipulation, deceit and using energy abusively become a sign of intelligence!!

People like me don't look upon humanity to find a right and wrong, negative or positive, we instead objectively observe humanity to observe the truth of humanity the way it is, not the way we would desire to observe it or it to be.

A consciousness doesn't become lost within its own creation by accident, it is orchestrated, in other words planned and controlled, often in great detail, very much like a musical arrangement for performance by an orchestra. A consciousness has to become conditioned to abuse to abuse energy, otherwise a consciousness will naturally exist within and in unison with energy as a whole.

Posted by Mathew Naismith at 08:00