A Collective Consciousness in Trauma 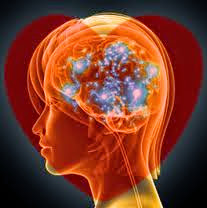 At the moment we have leaders and multinationals justifying the slaughter of children and women. We also have probable leaders stating that they will massively build up their arm forces, this of course will only lead to another massive arms war in the world, remembering, the last massive arms race came close to coming to war a number of times, a lot closer to war than a lot of people realise. Of course as of all destructive intent, the emphasis or blame is on others which is a sign of psychological damage. I should state, about Middle-Eastern people here either.....!!!

Extract: Emotional and psychological trauma is the result of extraordinarily stressful events that shatter your sense of security, making you feel helpless in a dangerous world.

How traumatised is the human collective consciousness?

Yes, what I am saying is the collective human consciousness is psychologically damaged, it's psychologically ill from endless trauma over many centuries, this is obvious from the way we are justifying our own destructive intent.

Solution: The human collective consciousness needs rest and even sedation from their mental illness and it is a mental illness. Sedating in this case refers to existing in an environment that isn't conductive to destructive ways, it's like being institutionalised in a peaceful environment for the good of the consciousness as a whole. However, for this to occur would take the said ill consciousness to realise it's ill in the first place, furthermore, to bring forth this realisation, you need a more aware and nurturing consciousness to assist with the treatment.

As a spiritually aware people, we should never expect any obvious mentally ill consciousness to be able to realise they are ill in the first place, and further more, be able to treat themselves successfully, this isn't going to happen, the illness is too well entrenched within the collective psyche. We must become aware we are apart of the answer and treatment realising that the average person can be mad aware before they too become part of the illness. When you get the average person within a group, being of a culture, country or of a smaller group, endorsing excessive destructive intent, you have got to wonder what will occur if we, the aware, do nothing to help these people who are obviously mentally ill.

Are people like me pulling something in to push something out?

There is nothing to pull in, sanity and awareness are a natural part of our being, mental illness (insanity) and ignorance isn't, remembering, only a consciousness that is unaware (ignorant ) is able to become and stay insane. Basically, unawareness naturally creates trauma where there was no trauma thus making any said consciousness experiencing this trauma mentally unstable (insane) and naturally very destructive.