Perceiving Beyond Philosophies and Ideologies 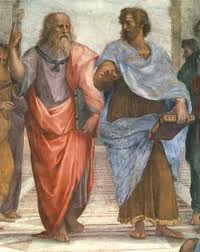 In recent days people into Buddhism have been telling me that Buddhism isn't a religion or an ideology, it's a path or a philosophy, however,  a God in no sense exists. To point out that God in any sense doesn't exist isn't philosophy, it's a fixated belief derived from a ideological view, this is because ideologies refer to a fixed sense of reasoning. Yes, this belief comes from a philosophical concept but it basically states a fixated view which denotes an ideological belief or view.

Philosophy = views that are not set.

I wrote the following reply to a person who is obviously into Buddhism.

I think you will find that Buddhism is the awareness of ego and how the ego keeps us within lower dimensions of consciousness.

So I talk toooo much about ego in your mind, only because it influences everything we think and do.

Very good point about respect, should not Buddhists also respect other ideological views and not put them down in anyway to obviously build upon their own ideology?

"Buddhism doesn't fit neatly into either category of religion or philosophy. When people asked Buddha what he was teaching, he said he teaches "the way things are." He said nobody should believe his teachings out of faith, but instead they should examine for themselves to see if they are true or not."

Ideologies refer to a fixed point of view, is not certain views an concepts of Buddhism fixed, there is no way a God exists for example?

Consciousness as a whole is not this limited, the absolute truth is that God does exist at the same time it doesn't, only an ego in control wouldn't be able to comprehend this. Any path, philosophy, ideology that states, this is it no matter what, is of a controlling ego as it's fixated to one point and one point only.

Consciousness itself has no limitation, so why limit ourselves within our philosophies and ideologies?  Once we limit ourselves to a set views or beliefs, our existence then also becomes set therefore limited. There is no way that consciousness itself has any kind of limitations. We so often limit ourselves to a particular philosophy and/or ideology when all philosophies and ideologies have merit and a worthiness  in some way. Everything around us tells us who we are, the belief in the existence of a God is but one, not one set of ideological principles or philosophies tell us about who we are as a whole in my mind.

If you wish to limit yourself to one set of ideological principles or philosophies, that is certainly up to you and there is absolutely nothing wrong in this, however, it's wise to become aware that consciousness as a whole has no such limitations when talking down, in any way,  other philosophical views and ideologies. Set yourself free of these controlling limitations, it's just not worth it.