The Worthiness of the Finite and Infinite 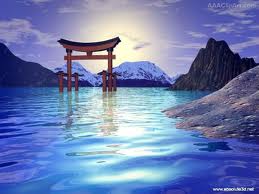 In actuality, both illusions and the delusions exist but not to the extent of the obvious bias being expressed by either side, both the infinite and the finite has it's place, to me this is obvious.

The following is an interesting reply to my last post.....

Reply
Hi Mathew I read the blog but still find myself confused at your understanding of truer self and the deception of science and the spiritual nature of the truer self as you put it. I'm not sure what it is you are trying to get across. Do you have a special different understanding of everything compared to the two mentioned above? If so can you explain it so that clarity can be given to that theory. I'm not trying to criticise just would love to see where your thoughts are taking you as it feels a bit off the mark if I'm honest.﻿

Truer Self: Look at your truer self being everything that is infinite, it's a state of being that has no boundaries of the finite, in other words a starting and ending point, it's basically a state of eternalness. In most religions this was portrayed through the knowing of a God and/or Goddesses or anything portraying an eternal aspect. We have always had a connection with our eternal self  through spirituality in one sense or another. It's obvious to me there is something to the infinite self, why would so many people express such  an interest in the infinite if it didn't have some kind of truth about it?  We have obviously felt a connection to the infinite self, our truer or inner self/being.

Science: If I at all portrayed science being of deception, I'm sorry for that, this was not my intentions. Science is of the finite awareness, an awareness based on finite perspectives where's spirituality is based on infinite perspectives. Within any ideology or concept, it's not the ideology or concept that becomes deceptive, it's the people behind such conscious perceptions.

It's interesting how general science preconceives that consciousness also dies when the human self dies!!

Don't be mistaken that these two quite different perspectives don't come together, they often do when a consciousness using such perceptions has no biases/boundaries to contend with. Some of the newer sciences of today use both finite and infinite perspectives as they did before modern day science. I think using both perspectives certainly seems to give us wisdom. This wisdom comes about by perceiving that there are no true boundaries, therefore, there are no preconceptions.

To me, it is obvious why we are lacking wisdom today, we have set up boundaries and biases between infinite and finite conscious perceptions and being. A truly wise person never preconceives what is and isn't, they always stay open to any possibility beyond their own perceptions.

Damon, you yourself have expressed this through querying a perception different to your own......It's not easy staying open to perceptions we have no idea of , only in the wise will we observe this.

Note: The discussion between Damon and myself is still in progress, I will update this post in accordance with our discussion.

Reply
Actually that helped thank you I agree with your explanation ﻿
Posted by Mathew Naismith at 09:33