Cleaning Up YOUR Community 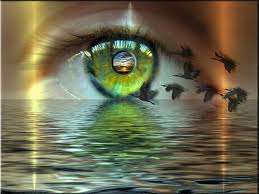 This post is totally based on the interaction I was having in regards to a particular forum site I was invited  to join, it's based on cleaning up a forum community. I inserted the below thread on this site to try to get the people on this site to stop bullies in their tracks, Bullies of course being controllers. This and another thread was deleted after I had a conversation with the admin of this site, the admin could not supply any material to support their claims unlike myself, this didn't go down well with the admin sadly enough so two of my threads were deleted without notice.

I should warn you all, the following is direct and to the point.

Don't be mistaken, forum sites are a reflection of you and the world around you, this very  world is 3D reality, this means you have to get off your butts for something to materialise, come to fruition.

How many people, within their own community, would allow a gang of child rapists  rape every child within their community without lifting a finger? Rapists by the way are control freaks!!

Bullying is raping a person of their dignity, don't be mistaken about this, so if these controllers are not hassling you, their OK, some people even support these people but as long as they are not themselves targeted by these controllers.

Ask yourself, what type of community have you created here allowing other people to be bullied as long as these same bullies leave you alone?  Don't be mistaken, this is your community, you yourself design this community according to your mentality, now look around this community, is it peaceful and serene? No, you know why? Because you have allowed your community to become controlled  by people who don't care about raping a person of their dignity.

We might now think, if I actually do anything, this takes me to judge and express the ego, what kind of reality do you think you exist in, it's a reality purely based on ego, it's how you use the ego that makes all the difference. So I can't judge a controller and help someone being raped of their dignity, does this sound like a constructive thing to you? Well it doesn't to me......

What this community (forum) is reflecting at the moment, you yourself have made it that way, don't keep passing the buck or sitting on your butt for all you will create is an image of the world around us, a chaotic mess hell bent on self destruction.....

Sadly enough on this site, too many people, in my mind, sat back and observed certain people being abused and bullied, as long as they weren't being bullied themselves. it was fine it would seem. These bullies were even being protected and defended by certain people on this site including the admin strangely enough. I was totally flabbergasted (amazed), no one deserves being bullied, even the bullies themselves.

To me, this site depicted what is going on in the world today, bullies are trying to acquire as much control they can, yes, bullying is this serious......It's good being aware of what is going on in the world but it's unwise to participate in such actions, this will only end up in one way, chaos and destruction. This chaos and destruction was quite evident on this site.

The admin said to me I was being judgmental here, I replied with the following.

If a policeman observes a rape taking place and he doesn't judge if the rapist is actually raping someone, he will let the rapist go free will  he not?  You can take not judging way too far as this forum proved, they didn't judge bullies so other  people were continually being bullied.

I will give you another scenario using the same scenario above but with a different outcome.

If a policeman comes across and observes a person being raped, he will, through observation only, determine an actual rape is taking place and take immediate action to stop such actions.

You actually don't judge a bully, you observe a bully, observation alone gives you awareness of an action taking place but what we don't do is judge if this action is right or wrong through simple observation. Many times on this site did other people refer to me as, wrong and negative in numerous ways, not once did  I judge them like this. Again, it's wise to beware of situations like this but it's unwise to become a  participator of such actions. We can learn so much about ourselves and our environment in these situation as long as we stay aware of  participating in these actions, be the observing  policeman, not the judging policeman and you will learn so much more.
Posted by Mathew Naismith at 12:05