Is Spiritual Awareness About Feeling Good? Is spiritual awareness about feeling good especially within oneself?

The answer to this question is most definitely, spiritual awareness is about us feeling good, especially within oneself, however, at the same time it’s not. This isn’t due to there being an absolute or not within consciousness, it’s due to the awareness of consciousness one has. 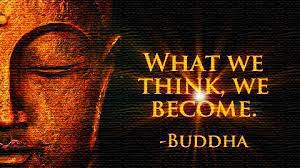 The law of attraction; seems to be quite popular these days, does this kind of existence allow one to be truly aware of anything they are not trying to attract? Such people are only going to try to attract what makes them feel good or benefits them in some way, everything else is discarded, this means such consciousness’s are going to stay quite unaware of the rest of what consciousness is about. In this case spiritual awareness is absolutely about one feeling good even though such consciousness’s are quite unaware of anything else other than what they are trying to attract.

Now the reason why other people say spiritual awareness isn’t about feeling good has to do with two things, one, if you are only trying to attract what makes you feel good or benefits you in some way, you are not truly being spiritually aware as you are not wanting to be aware of all of what consciousness is about. The second thing has to do with barriers, as soon as you exist to only attract what you desire or what benefits you, you have set up barriers. 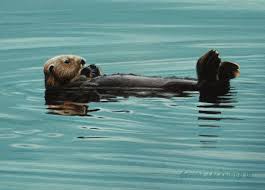 Going with the flow: You have people who don’t try to attract one thing or another, these people just go with the natural flow of life, not against it, this means going along with the cycles we are all influenced by.

Let’s look at this in a different way. Do doctors and nurses only attract healthy people, could you imagine if they did, all the sick people would be ignored, in other words these doctors and nurses would become quite unaware of the people who are ill. Now what about most multinationals and politicians, they are obviously about the law of attraction, “only become aware of what you want to attract”. This to me seems to be why so many sick people are used as a money making machine, it’s all to do with the law of attraction. All I can say is I’m glad most doctors and nurses are not into this law of attraction to only make themselves feel good or benefit them in some way, they are aware of the sick and the healthy.

Is spiritual awareness about making us feel good? The answer is absolutely no, however, the more aware you become of the whole of consciousness, the better you feel, this is all due to a better understanding of consciousness itself in all it’s expressions, not just the expression we want to feel. In other words you automatically feels good, as a doctor does when they heal someone. The reason a doctor heals people is because they are aware of how consciousness affects the body, true spiritual awareness to me should work the same.

Yes, the law of attraction is also supposed to be about healing but it’s not, it’s about desires which are inline with multinationals and politicians, not doctors and nurses. Most doctors and nurses, I know personally, work on a need to heal, not a desire to heal, through attracting the sick not the healthy.

Email ThisBlogThis!Share to TwitterShare to FacebookShare to Pinterest
Labels: barriers, going with the flow, law of attraction, spiritual awareness