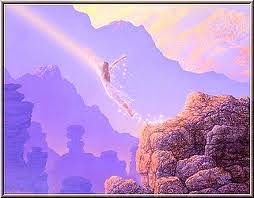 Sorry but this is going to be a lengthy post but most worthily so.

The first part of this post is in reference to bullying, my confrontation with cyberbullies who quite noticeably bully people to the extent of causing serious trauma upon a person. One such person was manda88, she came onto this site for help with her obvious traumas, she was bullied and was given clinical diagnosis from a person who wasn’t qualified to do so.

The following was a thread I posted on this site speaking out against bullying as everyone should in my mind.

First of all, should we accept bullying anywhere especially on discussion boards such as this one?

Let’s look at a related question, should we ever accept paedophilia because bullying is just as disruptive and as deadly as paedophilia at times? The answer is of course no, so what defines a bully?

As I have given actual evidence before on this board, bullying takes in trolling, calling people names and abusing people especially on a regular basis as some people do on this board . Trolling by the way takes in people who go onto other people’s threads on a regular basis just to call them names and abuse them in an assortment of different ways.

These bullies have recently and continually called me and other people numerous names like village idiot and Captain Irony, idiot and so forth; this clearly defines these people as bullies. I wonder if the recent name calling is one up from being continually called a coward? The bullies are quite definable on this board.

Bullying, like paedophilia, should never be accepted, yes it would seem most people in the world accept lying and deceiving as being a part of normal life but we should never in my mind accept bullying to the same extent.

Bullying isn’t just disruptive, it can be very deadly as recent findings and actual incidences around the world are proving.

I should point out that most people who have been on this board, before being bullied of the board, have pointed out the actual bullies like I have, if you don’t like being a bully, don’t bully, it is that simple.

Perhaps the most easily recognisable Serial Bully traits are:

Jekyll and Hyde nature - Dr Jekyll is "charming" and "charismatic"; "Hyde" is "evil";
Convincing liar - Makes up anything to fit his needs at that moment;
Treats some people in a way that causes them unprecedented levels of stress, frustration and fear;
Damages the health and reputations of organisations and individuals;
Reacts to criticism with denial, retaliation and by feigning victimhood and blaming victims;
Apparently immune from disciplinary action
Moves to a new target when the present one burns out or leaves.

Now does any of this sound familiar? Name calling and abusing people, especially on their own threads, it's bullying without question. The last one is so common on this board, who are the people who have dominated this board?

Now I know I’m going to get bullied for this, and I know third grade mentality won’t be able to help themselves but bully and intimidate me, however in reply I will in turn keep supplying evidence of the effects of bullying has on some people and how disruptive it is especially on discussion boards. 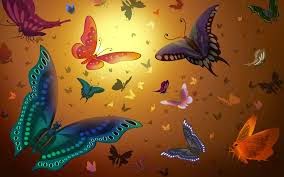 Now for the beauty, the people who beautifully inspire me:

In your opinion, what is the difference between judging and stereotyping? They’re both derived from past experiences. They've both been the reason for misunderstanding and wars. You say you don't believe in bullying but in my opinion, some judgement calls are a form of bullying according to traditional definition. I think your blog is great but I'm confused about some of your definitions. It could be about my past experiences ﻿

An interesting perspective Zora Jay, stereotyping is a form of judgment; it's about labelling but more directly, labelling everything that is similar into the same category.

You can see judgement is separating and once you separate, you create conflict through such separation, for example, “I judge my religion or my race as being more intelligent and pure”. You could say in the case of the race, that all white people are more intelligent, that’s stereotyping which is a misjudgement.

Unbiased judgment judges on merit, in this case it has no similarities with stereotyping, however, bias judgment is very much like stereotyping, “all white people are more intelligent than other races”.

Stereotyping is more about misjudgements than unbiased judgment.

I also see why I didn't feel it was the right time to write up on bullying, I was waiting for you obviously. Thanks again for the different perspectives, it's much appreciated by me and no doubt other as well once I write all this up on my blog.
Posted by Mathew Naismith at 08:44