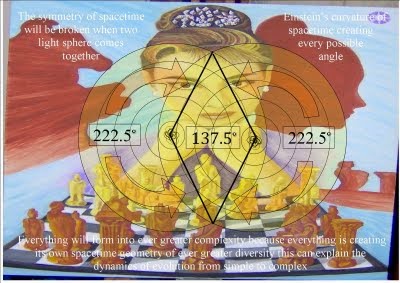 To be totally honest straight up I should mention that I will be making reference to the Antediluvian period of time, if you are not a believer of this time period it’s probably pointless reading on. This post is based on the collective of this universe, a collective that I feel we have allowed ourselves to become separated from; this has made a huge difference to our existence as I will further explain.

What’s actually happening to us, why are spiritually aware people feeling and knowing that there is a much better way to exist?  I feel it’s all to do with becoming reconnected to the collective again through our heightened awareness.

A soon as we become spiritually aware we are in my mind reconnecting ourselves to this collective, while we are doing this we are feeling there are much better ways to exist. What I think is happening is we are literally becoming aware of actual existences within this and most probably other universes, these feeling we are getting are normal when we become reconnected to this collective.

Recently while in conversation with other people, snippets (fragments) of memory have been coming back to me. While talking about vibrations and healing, I realised back in the ancient Egyptian times we knew about vibrational signatures, being a healer back then I realised this is how we healed.  DNA is a vibrational signature not just of an individual but a species as well; we used vibrations to bring people back into health at times changing their DNA. How was this possible back then?  It all comes down to becoming reconnected to the universal collective I feel. This knowhow actually came from other worlds, existences, through becoming reconnected to this universal collective.

Why wasn’t this carried through from ancient Egyptian times? Ego, the people in power had no direct control over this re-connectedness so they dealt with it in one way or another, this kind of egotistical driven action broke off the connection to this universal collectiveness (universal consciousness), the same thing is obviously happening today, there are people in power that don't want us to become reconnected to this consciousness because they know they can’t control it.

What happened in the antediluvian period, why did this period just vanish without seemingly any trace of it existing?

If you look closely and with an open mind, the traces of this period are abound as the following link will show.

What did indeed happen was ego, no one in power wanted anything they couldn’t control, these people could not control what was coming through from this universal collectiveness so they did basically what we are doing today which eventually destroyed themselves.  Once you become totally disconnected to this universal collectiveness you become vulnerable to any and every source, this source is usually egotistical and destructive even to itself.

Now if you know it or not, if you are feeling there are indeed better ways to exist you are most probably connected to this universal collective (consciousness).  You can see why so many spiritually aware people are so unsettled, they don’t want to know about what is actually negatively happening in the world anymore, all they want to know is about a better way to exist mainly because of their re-connectedness to this universal collective.

Certain people however need to be aware of what is happening in the world, most people who are reconnected to this universal collectiveness don’t in my mind, all they need to do is become aware of their re-connectedness and what it means, in other words focus on this re-connectedness.

So why do certain people in the world need to be aware of all of what is happening in the world?

To be aware that what is happening in the world today has happened a number of times before, this allows such people to remember and know what is happening is all to do with becoming disconnected to this universal collective and to pass this on to others who will listen and in turn make them more hopefully aware.

What can I say; it’s all to do with being a part of the whole collective again.
Posted by Mathew Naismith at 09:09