A Way to Healing -Visualising 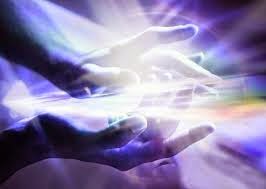 This post is more about how I heal or more to the point, how I use to heal when I was living a life in ancient Egypt.  In my present life, I don’t heal to any great extent but I can still visualise, to some extent, where the light is in the body, yes I did say light. No matter what it is, I don’t see it as a dark or damaged mass, the area in question just glows with white light.

This has everything to do with our mentality, not if we are positive or not. A positive person can still visualise a dark mass however a person with a constructive mentality will only see a bright white glow.  So what’s the difference between a positive thinking person and a person who is constructive within their mentality?

Constructiveness is obvious, you are not destroying anything or hurting anyone, positive thinking on the other hand isn’t this obvious as the example above shows.  Positiveness also takes action to formulate where’s constructiveness actually takes less action, the less you act the more constructive you are and the more active you are the more destructive you become.  Because positiveness takes action to formulate, it can be quite destructive as Hitler quite clearly showed.

This also goes along with the push and pull effect, the more we push away the more we are pulling in, a never ending expression of action reaction, cause and effect. Positive thinking tells us to take action away from anything we judge as being negative, a constructive mentality doesn’t take any action as the less action we take the more constructive we become.

What happens when we take less action? For one we don’t get a reaction and two we are under far less stress therefore think a lot less which quietens the mind. It’s this quietened mind that helps us to heal.

Anyone with a constructive mentality can heal but not everyone who is positive can heal!!

This is all a part of the healing process, there is no negative to heal as there is no dark mass to heal so we take less action to heal not more action. The way we have been conditioned tells us to take more action which is causing even more reaction, more destructiveness.   I find it really funny how we have become conditioned in this way which keeps our mentality ignorant of any other way to exist.

It is easy to get positive thinking mixed up with constructiveness, they at first seem to go hand in hand, the main difference is, one takes action to formulate and the other takes far less action, one takes more thought,  the other far less thought. One should ask, which one is more truly of the spiritual and of the inner self?
Posted by Mathew Naismith at 09:37