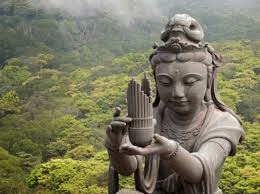 I got some interesting responses from my last post Releasing Negativity; they were neither negative nor positive just interesting.  I’m going to share some of these interactions with you in this post today.

Negative and positive motion and reaction is defined by this push & pull effect, the more we react the more friction we incur, the chaotic state this world is in I think mirrors this. How about if we were all positive, there would be no negatives to contend with would there? Not quite, a positive action is of the pulling effect but against what? Why would we be pulling or trying to be positive when there is no negative to push away?

What I think is happening here is any reaction causes another reaction which causes another reaction and so on within a cycle of reaction, positive against negative.  The reaction of positivity instantly creates a negative, action reaction, push and pull , what if we just stopped reacting to either negative or positive responses? We would no longer be within this cycle or any other cycle. Not responding to positivity & living to a cycle sounds unemotional but it’s not.

Recently I wrote what I thought was a positive post however I ended up with what I deemed as a negative response to this positive post of mine. Yes the person was meant to be negative within his response, put into a number of words; I was dishonest and wrong period.  The post in question was about honesty within spirituality.

The discussion ended up with negative expressions being thrown at various people involved in this discussion. What was deemed to be a positive post by me produced native responses, this is a pull effect (positivity) creating a push effect (negativity).   Who would think something positive could create a negative but that is what happened because I perceived my post to be positive (pull) but others perceived it to be negative (push).

Banyan Tree Healing Center
Personally, I don't believe in trying to block out or put up walls against negativity. The real mastery is to practice holding a neutral or compassionate consciousness in the face of "negativity". Putting up walls is a form of denial, avoidance, and arrogance. It says "I am above other people and their suffering". Anyone can do that.

Me
I'm trying to be neutral & neither see a positive or negative but boy this is so easy to say but not so easy to accomplish.

I realise for one do this one needs to be living within an environment conductive to this, most of us aren't in that sort of environment I'm afraid so my best will have to do.

Most people’s environment isn’t conductive to this process of  being able to release ourselves of this push and pull effect, negative and positive reaction, but I think just by being aware of our positive/negative reactions should be  suffice in creating a more peaceful tranquil life for ourselves .

Next time you become aware of a negative and/or positive reaction, push and pull effect, try practicing in not seeing or feeling a positive or negative. When this is practiced enough, you will begin to feel quite at peace because of a newly found freedom.   This freedom by the way is not just looking at the ego as being negative and destructive but how the ego can be very constructive. The destructive ego creates this push and pulls effect however on the other hand the creative ego doesn’t have this effect to combat and this is where I feel we get this feeling of freedom from.  It’s not about combating (pushing) the ego with egoless but sort of changing this destructive ego into a constructive ego from within.