Being Spiritually Aware of Our Threat to Others

I’m being so inspired by others at the moment it’s not funny, Jordyn Payero is but another such person.  Jordyn’s post is about how people striving for excellence can be seen by others as egotistical and not of the norm, this makes other people of the norm uncomfortable. 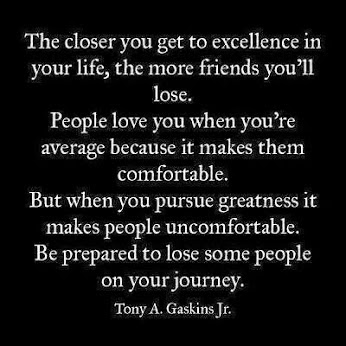 We related this to spiritually aware people and the following conversation transpired.

We are seen as a threat to people wanting to hold onto their egos. Being spiritually egotistical doesn't or shouldn't come into it.

I was living in this rough small town in my late teens & I seemed happy to them all the times so they thought I was on drugs like a lot of them. Once they found out I wasn't on drugs I was a threat for the main reason I didn't need drugs to be happy but they did. I was seen as instantly stronger than them while living in the same exact circumstances as them.

I'm also seen as a threat to other spiritual aware people because I am also into philosophy, psychology, science & history. A number of spiritually aware people have said I'm manipulating a discussion which is something I never do, there is no need. I use these tools to show me & others different perspectives on a particular topic, it works quite well.

I'm also into body language & when people find this out they literally physically recoil because they then see me as a threat.

There is absolutely nothing smart or spectacular about people like me, we just use these tools at hand to the best of our ability. It's all to do with being more aware, & we should remember, this is a threat to other people's ego.


Mathew Naismith Thank you so much for sharing. I can relate very much to your post. I used to find it very confusing when I would come across spiritually aware people who I would observe engaging in low vibrational actions. They would rattle off amazing theory yet still gossip, judge. Or even worse have an "who do you think you are" air about them if you questioned or tried to join in the conversation. Many are very spiritually well-read but have yet to truly awaken. I liken it to knowing how to properly exercise every part of the body yet never go to the gym.﻿
Posted by Mathew Naismith at 08:44