Seeing Past our Limited Consciousness 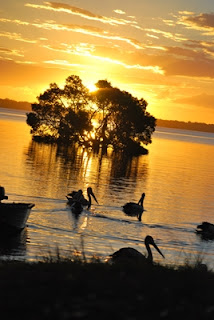 Because of our various belief systems we take on we tend to have a hard time perceiving & understanding past our perceptions or conscious understandings which is fair enough because how is anyone supposed to perceive past what they consciously don’t understands, however in this lies limitations. Recently on a forum site it came up that science is limited, I replied science is only limited by our thought process, if we think it’s limited it will be limited like anything else. Consciousness is unlimited & for ever changing & science is a part of this collective consciousness so how can science be limited as it is forever changing as well?

What I am saying here is one doesn’t need to understand to perceive & in actual fact one needs to perceive first to understand, it’s our perception that is limiting which makes our understanding limited, just because we don’t understand doesn’t mean it’s limited as it’s only limiting within our perception not within the collective consciousness I believe. What are we able to perceive within our imagination? This is how unlimited the collective consciousness is, are our dreams limited? They are only limited like our imagination to what we perceive not what actually is or can be. How many of us understand our dreams but it doesn’t stop us remembering them thus perceiving them? Well in actual fact it does seem that way. A lot of us don’t remember our dreams because we don’t understand them because they are too farfetched however this again is brought on by our limitation to what can be, we just can’t perceive such things happening in the first place therefore our understanding of such things can’t exist thus we don’t remember our dreams, conscious life is no different.

The collective consciousness has no limitation because it has no set beliefs or concepts to limit it, science is limited because it’s only perceives within in its understanding, if it has no understanding it can’t perceive beyond what it understands at any given time. If we looked back a thousand years ago could have scientists perceived what modern day science was going to be all about? It could only perceive in what it understood at that time but if scientists of them days allowed themselves to perceive firstly before they had an understanding things could have been quite different & in actual fact at times this did happen in the science & religious/spiritual fields, how could seers see what they did without an understanding of what they were seeing & how did miraculous inventions & discoveries appear out of seemingly nowhere? It all comes down to what we perceive or imagine, not everything needs to be understood first because in this lies limitations which is what a lot of scientists are doing today limiting themselves to understanding first instead of being able to perceive & imagine before one has an understanding in what they are perceiving & imagining.