What is High or Low Energy?

The following responses to one of my posts have some very good questions in regards to there being a higher or lower energy form or mass which I didn’t think I had the answers for to any degree until I started replying to them. The strange thing I can’t find the post they are referring too however I will insert the associated link in reference to these posts directly below.

Let me ask you, can you give me the defenition of this high energy? furthermore what even is a higher energy?

If this highness what you mean is a vibration that is very fast, or high then is that the right definition?
Also don`t you think that if you are adept in energy use you could basically achieve the same results regardless of what energy you are using?

Thus is this higher energy really high? and is it only responsive to someone tapping into it, or does it allready interact with the rest?

I`m sorry i have to do this, but some misconceptions of high and low, of right and wrong, of dark and light and the list goes on, there is allways an association to something either negative or something positive, but never do i hear anything about neutral, or non interaction, and why it is that if it doesn`t interact with other stuff, then why does it do so when you tap into it?
And why would it be so much better?

Some food for thought

I'm with Ijinfuhen on this topic. I would like to read a bit more on this higher energy more then just somebody's say so. Energy is just energy, so how do you classify when it is light energy and when its not? And why is light energy so much higher then any other energies? It all seems a bit speculative to me.

The way I see it, darkness should be infinitely more valuable than light because light doesn't teach you anything. If darkness embodies negativity (which I presume most of the people on this forum believe), then isn't it much more beneficial for somebody to learn from a negative experience? Doesn't the pain of knowing what it is to lose a loved one, provide you with a better understanding and ability to comfort somebody else who lost somebody close to him/her? To me, it seems to be a much better stepping stone then most of the things I've read about light properties. But I digress. 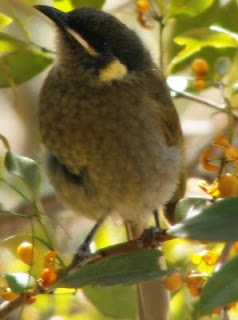 Thought is but another vibration & humans to date have far more vibrative frequencies than an ape for instance this is what makes it of higher intelligence, the more frequencies one has the more thought!!

I know a lot of spiritually aware people don’t believe this but we are always thinking even after death & of course in meditation, how do past loved one’s commune with us? The reason each of us have different variants or levels of vibration is due to our thought. When scientifically measured the frequency brain waves of someone thinking negatively to someone thinking positively is quite astounding, they just don’t use different parts of the brain but one is higher in its frequency rate than the other. [wink]

The fundamental thing to remember here is not to just think of energy as being of one vibration but also can be made up of various & numerous vibrative frequencies that make up a certain vibrative field of effect around a certain mass or form which I have explained about in past posts.  When you think about this, when you reach certain conscious states that you feel all at one & in harmony with all you are in fact connecting yourself with all other vibrative energy either it be of matter, form or whatever, you are connecting or I should say reconnecting with all of what is vibrating & has ever vibrated, no wonder we feel what we feel in these certain conscious states!!

The following links are quite an interesting supplement to this post especially the last one explaining that as quote: Gamma brain waves (39-100 hz) are involved in higher mental activity and consolidation of information. An interesting study has shown that advanced Tibetan meditators produce higher levels of gamma than non-meditators both before and during meditation.

http://www.brainandhealth.com/Brain-Waves.html
Posted by Mathew Naismith at 10:54