The Act of Being Truly at One 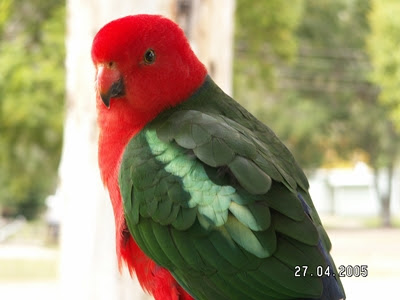 I would like to state right up front this post isn’t for everyone who has a fixated mode of thought &/or has a problem in seeing outside the square, only people who have a more advanced soul should read on as this post can be quite conflictive & confusing to anyone who has a set ideological mode of thought which will make what is written here incomprehensible thus pointless, however anyone who has read most of my past posts but who hasn’t got an advanced soul  like me might get something out of this post without too much conflict because one would have learnt from my past posts a little about acceptance & it’s the acceptance of the totality of all that is the key here.

Learning True Acceptance:  What is true acceptance? It’s the acceptance that everything is of you & is always within you no matter how one feels even when in certain states of consciousness of unconditional love & oneness. While in this state of blissfulness if you can’t imagine being a mass murderer for instance you’re not truly at one & all accepting, you’re feeling the oneness & bliss but you’re not knowing of this oneness & bliss it’s just a feeling  still. Most people entrap themselves within this consciousness which to an emotional human being isn’t a bad place to be entrapped which was fine for our past consciousness however even though we have a feeling of being at one with everything were not because in this state we couldn’t imagine ourselves being any more than just being unconditional loving which of course isn’t of everything so how can it be true oneness? Well of course it’s not but we have a strong emotional feeling it is even to the extent we know it is which of course is induced by our emotions & yes we do still have emotions when in non-physical form & various conscious states, how do ghosts/sprits & other non-physical   entities interact with us & each other, without emotions you have no interaction as it’s our emotions that drive us to interact & yes emotions are of the ego as well.

To truly know that you are at one is by imagining yourself acting out any role in human life including being a mass murderer for instance, if you can’t imagine this within yourself you can never be truly all accepting thus truly at one until you can imagine yourself being anything of man. If this seems incomprehensible to you you haven’t got an advanced soul & shouldn’t be reading this in the first place unless you have read most of my posts on acceptance which will help you comprehend more of what I’m talking about here.  So is everyone supposed to comprehend what this post is about? No but on the other hand yes eventually as we are now entering into a new consciousness which means all our old modes of thought need to either go completely or adapt to the new consciousness, this is saying all of our knowing within this consciousness is now null & void which is very hard for anyone to comprehend or accept but the this new consciousness will teach us to do just that I believe.

Later on in this new consciousness we will learn to be more accepting but for now most of us need to be content with learning to still be all accepting within this new consciousness because that is what new consciousness’s are all about learning & becoming further aware of our true being through various experiences which at times means being something quite grotesque like a mass murderer for instance.  I would advise anyone who can’t comprehend &/or accept any of this at this point to have a life progression performed on themselves as this will show how diverse our lives have been, it’s through diversity we learn & a life progression will also show that we haven’t always been nice people either which a lot of people won’t handle especially if your entrapped in a consciousness of just unconditional love & oneness. I would also like to point out anyone performing life progression on others should be aware that this can adversely damage any said person psychologically however most people have a defence against this, it’s called denial which isn’t a bad thing at times.  Like with anything it has its positives too!!

I’ve experienced some very dangerous situations in my life by telepathically connecting myself to the most heinous people when committing certain heinous crimes against society, it’s dangerous not just because of the awful feelings one gets which can quite easily transfer into my own mode of thoughts but from non-acceptance which could have led to various psychological disorders but because I have personally already experienced certain adversities through life I was able to cope. So why put oneself through such experiences? By doing so I realised who I was not just now but in past lives, it made me remember things about myself I had forgotten & through this I now don’t judge others as much as I used too in other words I’ve become more accepting.  This of course has led me to become more connected to my soul’s core making my soul aware of its true self. I would like to point out that some people talk about one’s true self as if it’s the human true self but the human self is only a vessel for our souls to experience & learn through that’s all believe it or not, it’s our soul that is our true selves not this crude humanistic form however I do love it all the same!! 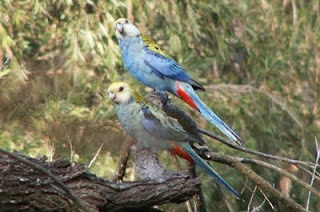 Reconnecting to the Souls Core: So is this saying that anyone who has lived many varied lives has a more advanced soul?  Yes most definitely, it’s not just the human self that needs to be all accepting but the soul as well which we tend to mix up, it’s the human self who is the teacher not the soul as it’s the soul that is learning here not the human self believe it or not as it’s just a vessel for the soul to learn through.  The human self can be more aware & knowing than the soul believe it or not as the human self has a vast array of knowledge & diversity to learn from however if you have a more advanced soul human knowing doesn’t even come close to the knowing of an advanced soul when one becomes more accepting as it has a knowing that it is connected to everything not just what is of man & this is why some spiritually aware people have certain gifts, they have become connected to their inner core of their souls. By experiencing various diversities & accepting what one is one is then able to reconnect the soul again to its inner core from when it was created in the first place thus become more gifted & the more accepting one is the more the knowing one will have & yes the more gifted one can be as well but only through one’s own choice or will of course.

We must recognise that it’s the soul that has the biggest attachments here as it can carry various attachments from life to life living out many lives within certain attachments which of course hinders its own awareness of itself however, this is where diversity comes into it, if we vary our attachments at the soul level we will humanly learn more about ourselves thus force our soul to become aware of its inner core in other words it’s true self without attachments. This is funny because we didn’t just need attachments for our souls to become aware of itself again but varied & numerous attachments & the more varied the said attachments the more aware the soul will become of itself again but of course this is usually done over a number of different lives however if one becomes all accepting in one life time one can fit many life times into one if one wishes but it can be quite harrowing & psychologically upsetting & even dangerous to do at times so I don’t really recommend this unless under someone who is in the know or you are sure you yourself is knowing enough to proceed.

Let’s take a look at people who have traumatic lives &/or experienced many things in one life time, you will notice they are not just knowing but are also aware depending on what they have experienced in that one life, this is the same thing as acceptance because through experience they have become accepting however this is only so if one has learnt from their experiences.  Anyone who has become attached or addicted to drugs or alcohol for instance because of their experiences has a fixated attachment & anything fixated especially modes of thought lead to very little chance of becoming more humanly aware of oneself which in turn stagnates the soul into a certain pattern of attachments which can last many life time’s so to learn from one’s life one needs to be more accepting. Non-acceptance just leads on to taking things like drugs & alcohol however isn’t this too part of the experience we learn by?  The problem with this type of experience is again we can become too attached which leads to non-acceptance of more than what one is attached too, we need to vary our attachments to become more aware at the soul level which most of us have done to one extent or another through various lives.

In all one needs to be accepting of all of what one is which includes knowing that you are no better or different at the soul level to the person next to you no matter who or what they are in any state of consciousness you may find yourself in, we are all of connectedness which is what we call oneness so being non-accepting of all of who we are is really being disconnected & being spiritually aware people that’s not what we should be about but in certain circumstances that is exactly what we are doing still!!!
Posted by Mathew Naismith at 11:18